Stacey Bryant Has a Close Call on an Oklahoma Giant

Stacey finally gets a shot on his target buck during 2021 muzzleloader season. The shot was perfect, the buck runs about 20 yards, wobbles and then walks away. 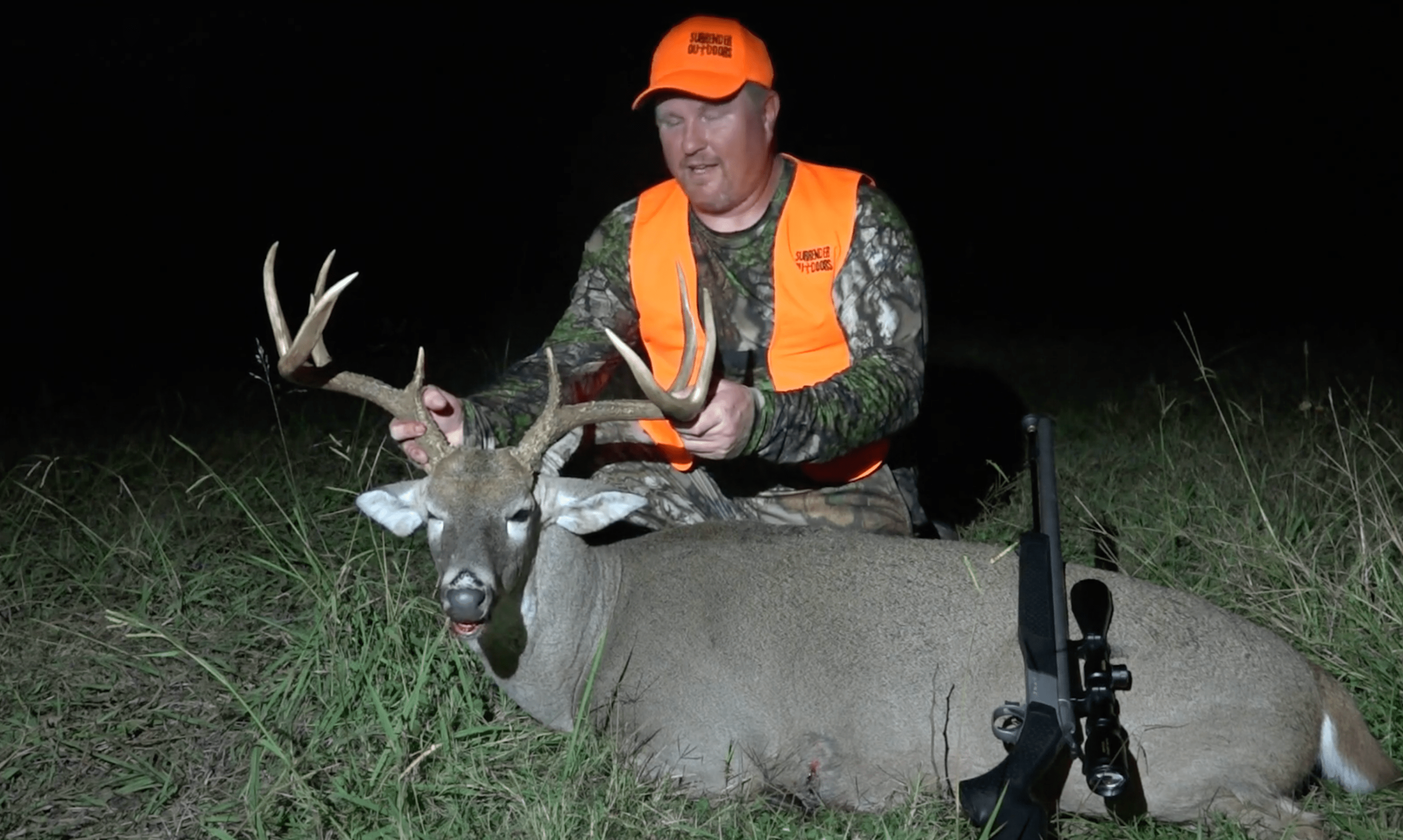 Stacey Bryant Has a Close Call on an Oklahoma Giant

During pre-season scouting, Stacey had gotten pictures of an awesome main frame 10 posing for his Tactacam Reveal trail cameras. Excited to get a shot at the buck, Stacey started off the season headstrong. Much to his surprise, the buck had seemingly vanished.

When it comes to hunting smaller properties it is common for a bucks pattern to change.

Unfortunately this does happen from time to time. The truth is that most hunters do not dedicate the time and resources to implement a year-round feeding program on their properties. While this is not a bad thing per-se, it can lead to unpredictability on smaller tracts of land where a bucks range may cover several neighboring properties. With hunters on neighboring properties starting to feed in the the couple of weeks leading up to the season opener, the changes in bucks feeding pattern can mean a missed opportunity in the early season.

Deciding to go easy on this specific spot in the early season was a wise move for Stacey.

I'm sure you can imagine his excitement when a notification popped up on his Tactacam app, alerting him that his target buck was back in the area!

With a cold front moving in, and his target buck on his mind, Stacey grabbed his muzzleloader and went to the blind that he had set up in the pre-season.

Exciting about his evening set up, he started noticing movement. Does began to trickle in, and before long he was covered in deer.

He waits patiently, avoiding unnecessary movement and noise. Out of the corner of his eye he spots his target buck moving through from the edge of the field and he is massive!

Quietly, he gets his camera set and sets his sight on the beautiful Oklahoma buck.

- BOOM - Smoke fills the air and the deer scatter!

Stacey excitedly lowers his muzzleloader, and begins to follow the buck with the camera all the way to the edge of the field.

The buck begins to sway back and fourth in typical whitetail fashion. The hunt is all but finished. Stacey was ready to start dancing and screaming with excitement.

Much to his dismay, the buck regains his composure and walks off into the timber as if nothing ever happened.

With a feeling of heartache that every whitetail hunter knows so well, he decided to back out and give the buck some time to bleed.

After a few hours, they grabbed the search light and got to tracking.

After a pretty good blood trail, and little bit of tracking, Stacey finally got to put his hands on his beautiful target Oklahoma Whitetail!