Oklahoma Eastern gets KO'd in the 3rd round! 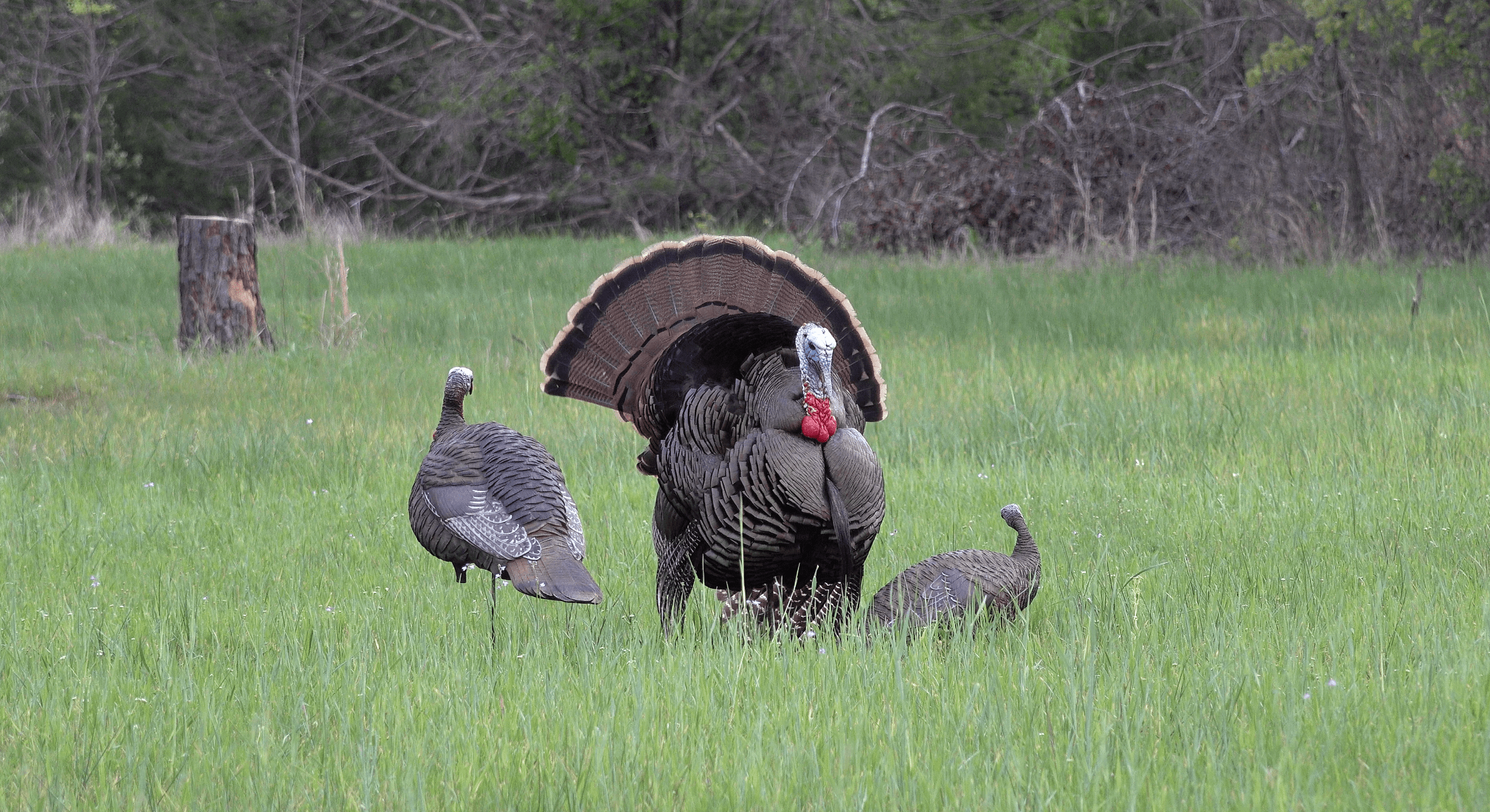 Oklahoma Eastern gets KO'd in the 3rd round!

Why do all my hunts seem to be so crazy?

Oklahoma turkey season underwent a major change this year. Going from 3 birds to 1 is a hard pill to swallow when you film hunts for a living. It forces you to spend extra money to go out of State and tags and fuel arnt cheap. I knew with the regulations changing I was only going to be looking for one special bird and wanted to take it with my Obsession Nitro bow. Our season also got pushed back from April 6 to April 16 but no biggie for me because my area of the state had been starting 2 weeks later for years.

The ultimate challenge in turkey hunting for me is to go after a mountain Eastern with a bow, so I headed to my parents Bigfoot Ranch in SE Oklahoma. Its a small property but I have put alot blood, sweat, and tears into it. In the Fall deer season I had several Tom's visiting the foodplot, in one morning I filmed a group of 3 fight a group of 7 Tom's so I was hoping a few would claim territory on our small ranch.

Opening morning I get in my blind on the end of the foodplot and hear the gobbler I roosted the evening before sounding off on the ridge above me. Not knowing what it was I was sure it was a mature bird gobbling. Daylight breaks and fly down happens and I am working this bird and he is answering and appears to only be a super jake followed by another jake. They spend the whole day answering every call I make and running off the mature bird that I finally called in. This super jake came in ten different times after I would run him off and this continued Easter morning. I needed to leave for Easter dinner, family and worship time so I literally got out and ran him across the foodplot hoping to push him off for a few days.

I had a friend coming in from Kentucky and another buddy and was going to be hunting with them in south central Oklahoma for a few days trying to help him complete his Slam with a Rio. That hunt has its own story, I was able to call in a giant Rio to 34 yards only to have his gun fail and not fire, he was devastated and I was as well for him. He had to go home a day early for a funeral so I decided to hunt another property with not one gobble or sign of a turkey.

A Swing and A Miss

I decided to drive back up to our property and get in the blind the rest of the day. I arrived at the blind at 10:50 am and started to call every 15 minutes with no answer. I don't know if it was the 25 mph wind or what but nothing and at 1:10PM I here my first gobble or what I thought was a gobble, so hit my mouth call, box call and triple tease all three and no answer. I'm setting my call down and look out and catch a red head moving through brush at the other end of the plot. I purr and do a soft cluck and yelp and he steps out and sees the decoys. It is a big beautiful  mature Eastern and he half struts and runs 80 yards in to 15. I pick up my Obsession and milk the footage for a few minutes and center him up in the frame. I put the HHA sight right where I want and let the Crimson Talon Bone crusher fly.

The turkey flips and to my surprise runs off up towards the mountain. I can't believe it so I decide to give it 30 minutes before I go look and in the meantime I watch the footage in slow mo. My shot wasn't perfect he was slightly quartered and I was aiming just below the wing butt with him being full strut, I hit low in the breast not hitting anything vital.

My thought was he will just go lay down and hopefully die or I can sneak up and get another shot. So I head the direction he went not finding my arrow or blood just a few feathers. Two hours into looking I decide to go back to the blind and get water and rest a bit. As some of you know I got really sick with covid and double pneumonia, and got pneumonia again in February, so I'm still suffering from long term affects and having breathing issues when I over do it.

After a 30 minute break I take off back up the mountain and an hour into the search I jump him and he slowly starts moving away, I try to get a clear shot and can't so I continued to stalk him until he knew what was up and began to run. Like a dummy I started to chase and it didn't take long before I completely lost it and couldn't breath.

I just started to pray, made a call to my wife and a friend and told them I was in a bit of trouble, where I was and to call me every 15 minutes as I tried to make my way back to the cabin.

It took me about an hour to make it back normally a 15 minute walk but I made it back and was starting to feel better. That night I prayed about it and decided I would hunt till 8am the next morning then go back up top and look for the bird. I asked God to lead me to him or him to me whichever it took to find him.

I get back in the blind at daybreak and as I'm getting in I hear a faint gobble up on the mountain, so I do some calling but the wind is already 30 plus so I can't hear and doubt any turkey can here me. Around 710 am I hear what I think is drumming and I tell my self no way that's what I hear and I hear it again and it is extremely loud for as windy as it is.

I look out of the blind a second time and see tips of a fan coming towards the decoy so I flip the camera on and when it steps into the plot I can tell it's a big mature bird, I grab my bow and pull back but the wind is so bad the blind flaps are hitting my bow, I can't get steady and he is at 25 yards. I decided to let my Bow down and pick up my shot gun because I have no confidence from the shot the day before with the wind howling. I yelp to get him to gobble on camera and milk the footage again as he mounts the hen decoy.

I let him do his thing for a minute or so, settle the sight and squeeze, folding him in his tracks.

In my excitement I jump out and run to him and start rejoicing and thanking the Lord. I bring him back over to the blind and start my interview process and notice there is alot of blood on the grass underneath him. I flip him over separate the feathers and see my broadhead hole from yesterday, I'm in such disbelief so I keep searching for evidence its the same bird and find where some one else has shot him in the fall or last spring. I get all my photos and interviews done and start to clean the bird and find that he has in fact been shot before me because the scar lined up with a split in one of his breast that had healed back. That fellows shot and my shot were 2 inches apart with neither of us hitting a vital. As I write this story I'm still in awe that a turkey could handle being shot once, being shot a second time, chaised up a mountain and come back the next morning and breed a hen decoy. Crazy crazy!

I just want to thank the Good Lord for answering my prayer, he led the bird right back to me.

I want to thank my bow sponsor Obsession Bows, my sight and rest sponsor HHA Sports and broadhead sponsor Crimson Talon broadheads. My equipment didn't fail me, my shot placement did, however the Lord always comes through rather it was my will or his, God takes care of his children! I'm grateful and thankful to all those that support and follow us.