Mike Harrell Gets His Hands on a Mature SE Oklahoma Buck 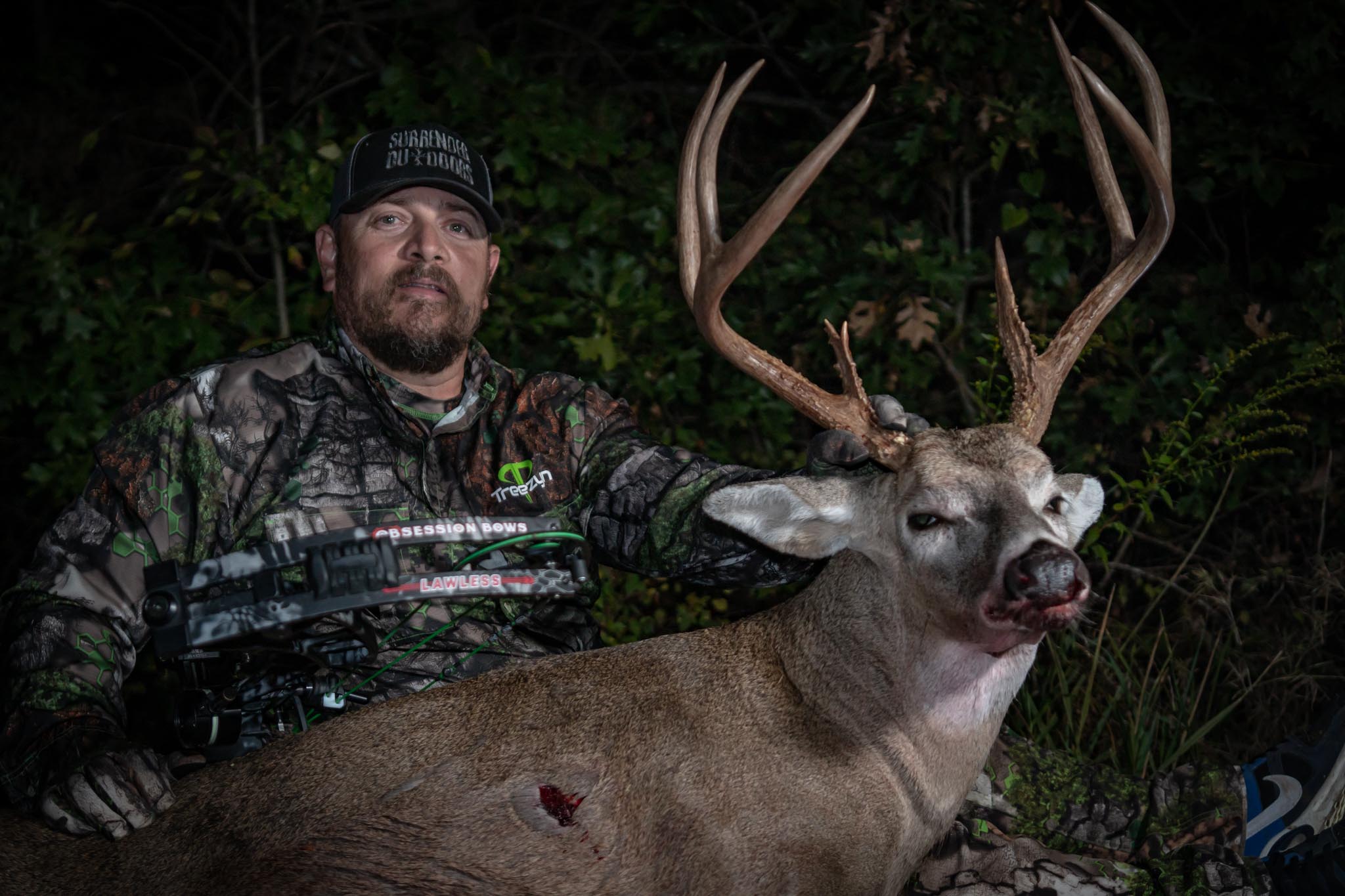 Mike Harrell Gets His Hands on a Mature SE Oklahoma Buck

I got off to a rough start early on this year

Going into this year I had worked as I do every year to prepare for the upcoming Fall.Preparing food plots, feeding protein, filling feeders, running Tactacams and preseason scouting is what I love to do.

On July 23 I started to feel like something was wrong and could tell that I was starting to get sick. A few days later all my preparation for deer season came to an absolute halt, as I was diagnosed with Covid and shortly after developed double Pneumonia.

I was literally the sickest I had ever been and it was killing me that I literally couldn’t breath or be off of O2 long enough to go outside and do anything. With lots of prayers, the right medications, and determination not to lay around and get myself through it I was able to come off the 02 4-6 weeks early and get back to work and doing what I love. With only a few weeks before season the Tactacams showed that I had 3 shooter bucks, the biggest a 7 and the other 2 being 8 points.

A glimmer of Hope

To my surprise once I got everything going again, I got a Tactacam photo of an 8 point that I knew from previous years.

As season arrived the buck began to daylight in the mornings. I tried to hunt one morning and blew deer out on the way in and at the stand. This stand requires a NE or E wind to hunt and we very seldom get that, and I knew I wasn’t going to repeat the mistake of hunting in the morning when the deer are on a feed pattern. A few days later the big 8 starts to daylight in the evening and we get a front and have an iffy N wind so I go in and have deer all over me that afternoon and as the bigger bucks started to filter in a hog comes in and blows the whole deal.

On my third sit, we got a small front that changes the wind to the NW. My weather app says that at 6pm the wind will turn East, so I know going in I need to spray down and cover myself in No Scent because anything west can get me busted. I douse myself and head into the stand, I no more get all my camera equipment and bow set up and the wind turns straight West, not good. The first few young bucks come in and catch a bad thermal, they didn’t blow they just knew something wasn’t right.

It is hard to completely cover all the equipment we use to film hunts, but they didn’t blow so I was just going to wait and hope the wind changed at 6 like it was suppose to. At 6:15 I hear movement in the woods and I can tell it is bigger deer walking my way. The wind is still out of the west so I take whats left in my NoScent bottle and spray down as much of myself as I can.

Five minutes later the first 2 of 3 bucks appears and I can tell this is the big 8s bachelor buddies dumb and dumber. They are catching a bad thermal but No Scent has me covered enough that they can’t determine me as danger.

A Few minutes later he appears. He is very cautious as he approaches and is watching his buddies every move. Slowly he comes all the way in to the buck seduction and faces me as more deer filter in he gets nervous and turns and walks off not offering me a shot.

After several appearances, he finally gives me a shot

Finally I feel the wind hit my face and it is out of the east so Im feeling like he will come back, well he did four more times and on the fifth he offers me a 16 yard broadside so I pull back the Obsession settle the HHA pin and let the Crimson Talon G2 do its job!

I just want to give Praise and Glory to the Father of above for all his blessings. Thank you to my buddies Justin, Chris, and Stacey as they all played a part in my hunt and my recovery. Thank you to all who prayed for me during my battle with Covid.

I am Blessed to still be able to do what I love, HUNT MATURE BUCKS and SHARE IT WITH YOU!